Messages of Love Story from Diana: I dashed from the gym after my work-out one afternoon, trying to beat the meter-maid to my car in the lot across the street, when, as I stood at the curb waiting for the traffic light to change, there was suddenly a strange man at my elbow. He stood there, towel draped around his neck, attempting to convince me we had spoken before and would I go out with him this weekend? It was clear from what he recounted that we had previously met, although I had no recollection. I gave him my number just to get away, figuring I would come up with some excuse by the time he called to firm up arrangements. Meanwhile, I got a parking ticket.

Well, he was not to be deterred by my lame excuses, and that first date on June 13th lead to a marriage proposal on September 10. Stunned, all I could do was sputter, “But you’ve never even seen me naked!” I initially consented to marriage, but then dragged my feet each step of the way, afraid to move in together, reluctant to make wedding plans, unsure all along that this was the right thing. I knew very little about this man and this would be the third marriage for each of us: at this point I had no faith in my own judgment. But he was kind and very patient and willing to wait as long as it took for me to have confidence in him. When I voiced my fears, he would say to me “I just know it’s right.”

And he WAS right. We were married, Charles and Diana, in the Royal Wedding Chapel on the Queen Mary. We merged families – each of us had a single girl who late in their lives got a sister. Because of his work, we spent the next couple of decades moving back and forth across the country, but also traveling around the world, exploring foreign seas, and climbing the mountains of our “backyards” in Colorado and New Mexico.

Sunday, the 23rd of February was our 23rd wedding anniversary. Or it would be if he had not left the planet 3½ months ago, killed by a very aggressive, incurable form of brain cancer. I am totally devastated and miss him more than I can ever say. The greatest gift he gave me, which I will take with me for the rest of my life, is that he made me feel so totally and completely loved. I know what it feels like to be cherished: it makes you a more loving person in all aspects of your life. Such a blessing! Diana

IF you have a story to share about angels, miracles or messages from your dearly departed (guides), please email it, along with a digital image (if possible), and song dedication to; [email protected] 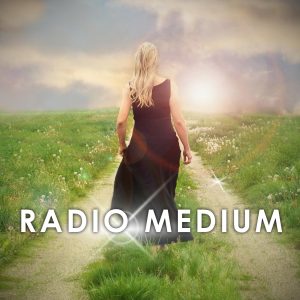